Therapy for Coping with Prejudice or Bias in the Workplace

Discrimination stings. It’s hurtful to get unjust treatment just because of the way someone chooses to categorise you. Perceived differences and a lack of understanding about them can lead to stereotyping, favouritism and all kinds of injustice.

Laying a complaint can rebound on you, in the worst instances by leading to reprisals.

Even if you do decide to complain, and get the support of an HR department and your legal adviser, there is still often the problem of gathering hard evidence. It is often rather easy for an employer to portray a redundancy or a refusal of promotion as being grounded in reasons which are purely commercial and have nothing to do with your ethnicity, religion, gender or sexual orientation.

Bias and discrimination can be factors at the pre-employment stage too, where the true situation may be equally hard to be certain about or at any rate to prove. Asking inappropriate questions at interview or not calling you back to a second interview are undoubtedly sometimes indicators of racism, discrimination, stereotyping or bias.

How Does Therapy Help?

Dealing with racism, bias or discrimination in the workplace can be stressful, frustrating, and emotionally traumatic.

Deciding whether or not to report it is a highly personal choice. It is important, for your sake and the sake of justice, not to minimise the issue or make it sound less traumatic than it was.

At the same time, you have to take a step back and look at the situation from several different perspectives, to determine as objectively as possible if you have really been discriminated against or if you’ve jumped to conclusions. There may, after all, be relevant facts that you don’t know about.

Following a complaint by you, if negative consequences ensue, it’s important to know how to cope with the emotional pain, anger and stress that you may well experience. Subsequent victimization can be indirect or unconscious, as when a manager doesn’t consider you for a new project because, subconsciously, she perceives you as a troublemaker.

The emotions stirred up by such events can be hard to handle and have long-term effects.

Working with an empathic, supportive therapist in these circumstances can be invaluable.

Take the first step to deal with the emotional effects of discrimination or bias in the workplace, Contact Marcus to chat and find out more about Therapy for Racism, Discrimination and Bias. 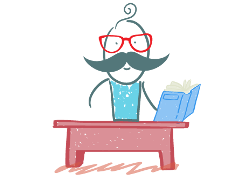