To violate or desecrate a child’s body or soul or spirit is one of the worst deeds humans are capable of. Such abuse is potentially equally damaging whether it was a one-off or something that was done repeatedly during a long period, or an accumulation of actions over time. Child abuse or neglect can take physical, emotional and sexual forms, and quite often all three. If you were abused as a child then you will know that you carry the scars and the trauma with you every day. Therapy for Survivors of Childhood Abuse helps you process the reality of the abuse and put it in its proper place, back in your past rather than victimising you in your present and future.

Why did the Childhood Abuse happen?

A simple definition is ‘an act, or failure to act, on the part of a parent or responsible adult, which results in, or runs a substantial risk of, serious physical or emotional harm occurring to a child’.

Emotional abuse is any ‘ongoing emotional maltreatment or emotional neglect of a child – which can involve deliberately trying to scare or humiliate a child or isolating or ignoring them’.

NSPCC (National Society for the Prevention of Cruelty to Children)

Sexual abuse or exploitation means any exposure to sexual acts imposed on children who inherently are not at the right stage of development for understanding or consenting to the acts. These acts do not always involve sexual intercourse or physical force, and they may not even involve physical contact. For example, forcing a child to watch sexual acts or to pose for pornographic filming.

Abuse typically involves some level of manipulation and trickery. Authority and power enable the perpetrator to coerce the child into compliance.

Not every single example of inappropriate sexual boundaries between an adult and child amounts to ‘abuse’ (even if the law may disagree). It is always important to have the space to explore your subjective experience in therapy, rather than have society – or a therapist – impose one particular narrative which might not fit for you.

Effects of Childhood Abuse on an Adults Body, Emotions and Behaviour

The following are frequently signs that a person was abused in childhood, sexually or otherwise. It is impossible to give a complete list of symptoms, and it may be that none of these applies to you. Sometimes, the effects of early abuse can be seen very subtly in body language or a general stance towards the world or manner of behaving.

The most extreme and sometimes chronic symptoms are associated with:

Range of Contexts for Abuse, Neglect and Exploitation

Abuse may occur in the family (the victim’s own family or another family), or an institution (such as church, football club, hospital or school), or it may happen within a friendship or a professional relationship (as with the family doctor or the family priest or rabbi).

The abuser, in the case of childhood sexual abuse, may be a paedophile (whose interest is in kids 11 and under), a hebephile (attracted to 11-14 year olds) or an ephebophile (drawn to 15-19 year olds). Often, they are motivated more by power than by sexual gratification.

Treatment for the Effects of Childhood Abuse and Trauma

Coping mechanisms are used for self-protection during the physical, sexual or emotional abuse, and are stored in the brain and visible in the movements of the body. Gentle exercises drawn from Pesso-Boyden Therapy and from behavioural therapy (somatic experiencing) are among the most effective paths to healing and recovery. Brief illustrations of both methods (working with adult victims of war displaying similar symptoms to survivors of childhood abuse) can be seen at https://youtu.be/s1RnTipiU_Q and https://www.youtube.com/watch?v=CFOX5iSorsI&sns=em.

There are particular issues to be differentiated in relation to sexual contact involving a child. There are many factors to look at – to what extent was it about power, and the abuser’s desire for dominance over another? did the person initiate the abuse for their own sexual gratification? was the person who was molested feel some sexual curiosity or excitement, and then how does that impact on your feeling about the events or about yourself?

It is usually key in therapy to explore where you are now in relation to the incident or incidents, whether they’re labelled ‘sexual abuse’ or not? At what stage of your ongoing journey are you? Are you just coming to terms with the memories, or are you sick and tired of thinking about it and seeking a way to move on? How does it relate to other facets of you? Are you confident and highly functioning in some areas of your life, and not in others? Do you feel damaged and held back, and how has that operated over the years since the abuse ended?

Partners of Survivors of Child Abuse

The most common issue partners of victims of childhood abuse, particular childhood sexual abuse, have is the conflict of feelings and the feelings of hopelessness, powerlessness, and loneliness they may endure. The abuse survivor may feel a need to keep control of all situations, especially emotional situations. How does the partner get close to somebody who is guarded and always in control and seeming to protecting themselves by closing off from anything but superficial connections? How do they manage the struggle to bring fun, joy and spontaneity into the relationship?

In therapy, Marcus can work not only with adult survivors but with their partners too, who very often need a lot of support and guidance, whatever stage of their relationship they’re in.

If you have been the victim of childhood abuse and have never sought therapy for the trauma you suffered as a child, or if you are still suffering then take the first step and contact Marcus to discuss Therapy and Counselling for Adults Abused in Childhood.

The National Association for People Abused in Childhood can be contacted on 0808 801 0331. 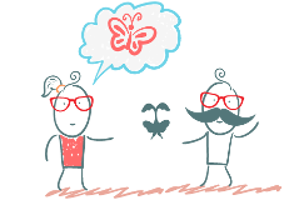 Domestic Abuse and Violence Subjects I Often Work With