Therapy for ex-boarders who were bullied or abused at boarding school helps you come to terms with very difficult experiences that may, up to now, have affected and informed your life in all sorts of damaging ways.

Boarding school is a 24/7 immersive experience with nowhere to hide or to run, and bullying at boarding school was remorseless and inescapable. If you were being bullied or abused, there was no let-up in the evenings, there was no safe refuge, and there were no parents around to protect you or to calm and reassure you, let alone to bring a complaint.

The experience of many boarding school survivors was of bullying being ritualised, a daily or nightly routine of torment, physical beatings, teasing, stealing, verbal and emotional abuse, and being ‘sent to Coventry’. Painful initiation ceremonies were not uncommon, and many ex-boarders experienced the institutionalised servitude of the fagging system.

Being bullied was ‘normal’, complaining was ‘weak’

Bullying was usually normalised, a severe distortion of reality. The schools and often even parents saw it as ‘character building’, and the children took their cue from that, and made a mental adjustment to enable them to think that, for all the savagery of beatings and humiliations, they really were enjoying boarding school. This led to a cognitive dissonance that may still affect the clarity of your thinking about the world and your place in it.

The one thing that was disapproved of universally was sneaking or telling tales, whereas it should have been the bullying and abuse that was condemned.

Being the scapegoat of Boarding School Bullying

Pretty much everyone suffered from some bullying, but often there would be one particular, scapegoated victim, picked for some difference of appearance, accent, class or race, or just because they said some naive thing on their first day that led to years of mean teasing and cruelty.

People who have been the butt of such scapegoating may spend a lifetime avoiding groups, commitments and relationships, berating themselves for not having fought back against the bullying mob.

Being Bullied by figures in authority in Boarding School

Bullying may be at the hands of teachers, psychologically disturbed adults who gain some gratification from being callous towards children. Or it may come from other pupils, such as prefects placed in positions of power or authority completely unsuited to their age and level of maturity. Themselves angry, deprived and neglected, driven by a survival instinct and a desperate need to feel safe, these older pupils sometimes behaved like animals, and you may have been their victim.

At boarding school there are no families and there is no love, and where children are left to fend for themselves without the love and care of adults, bullying and abuse are liable to be rife.

In therapy, one of the hardest things to come to terms with, and find a sense of peace, is that it was your parents, who loved you, that put you in harm’s way, in effect sacrificing you to bullies or paedophiles.

If this is something you struggle with, you would be absolutely right to find this bewildering and senseless. In therapy for boarding school bullying we explore these feelings and will work through them patiently and sensitively.

Sexual abuse is also an experience reported by many boarding school survivors. In the bubble of boarding school, closed off from the world, where parents don’t have daily oversight and cannot see the small signs and changes that might alert them to the abuse that’s going on, abusers can feel enabled and emboldened to exploit children’s innocence. Actually, for the lonely child, inappropriate attention, affection and company are more welcome than none. All too often, the adult survivor suffers guilt and shame about having ‘let it happen’, feelings they then mask with addictions, depression and all sorts of self-damage.

Therapy for Boarding School Bullying and Abuse with Marcus

If you suffer from the emotional or psychological after effects of having been the victim of Boarding School Bullying, therapy with Marcus can explore your feelings and ways to come to terms with hurt and the scars that the experience has left on the adult you. Contact Marcus to have a conversation about therapy.

Video: Showing how a school teacher in France resolves bullying in the classroom (click the settings mode to request English subtitles) 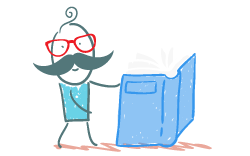 The pioneering 4-day workshop is spread over TWO WEEKENDS A FEW WEEKS APART. Participants are asked to commit to attending ALL 4 DAYS. The workshop has been running for two decades and was created and is still supervised by Nick Duffell, author of ‘The Making Of Them’.

NB. These courses are very popular so early booking is always strongly advised (and all the more so as some of the 2020 dates have unfortunately been cancelled due to the Covid-19 crisis).

More information, including how to book …